The workplace, for a creative person, needs to be stimulating and full of inspiration for their next project. Designers often bring in personal touches which show their own interests and visual style which will help give them motivation to create something themselves which will then in turn inspire others. 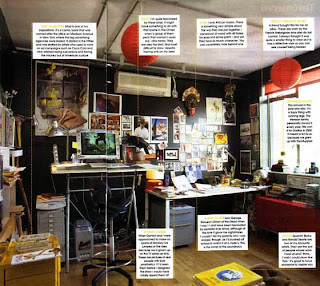 Illustrator Jamie Hewlett's studio (above) has been labelled, pointing out various items which inspire him.
Mad Magazine- an american magazine begun in 1950s America 'staffed by artists who used to work on ad campaigns such as Coca Cola and who relished being subversive and taking the mickey out of American culture'.
You can tell from this that he likes a bit of humour in his work and admires those who strive to be original and a bit controversial.
Nature- He has a model of a raven on his desk which reminds him of horror movies and the fact that he finds them hardest to draw.
He challenges his own drawing skills by having this reminder beside him, tormenting him, while triggering memories which can inspire his work.
Historical artefacts- he has an African mask and a French fireman's helmet.
Being both interesting pieces of work in themselves and also historical references, these objects can remind him of cultural aspects of his work, as well as historical interests to spark his imagination in story telling and character design.
The work of other creatives- he is inspired by the work of Quentin Blake and Ronald Searle. He has books containing examples of their style which he aspires to.
The Google offices seem like a very exciting place to work. If we work in an environment which allows us to have fun, our imagination is also allowed to be set free, which is very important for generating interesting ideas. 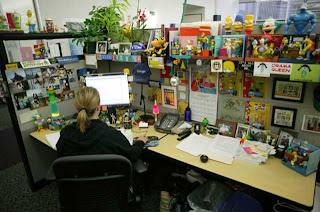 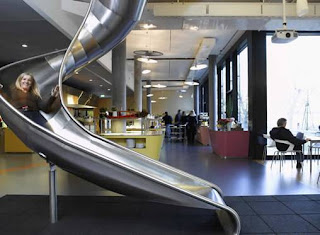 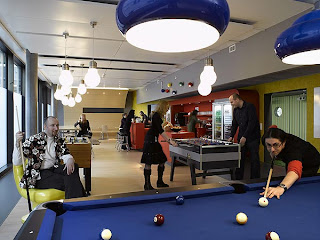 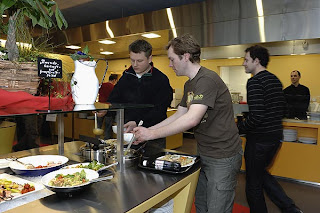 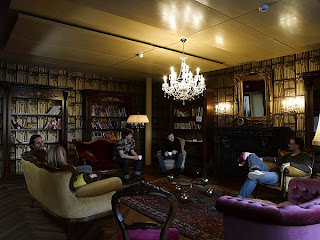 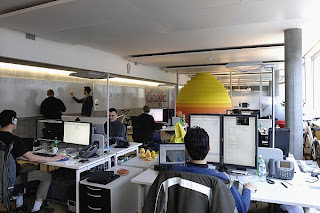 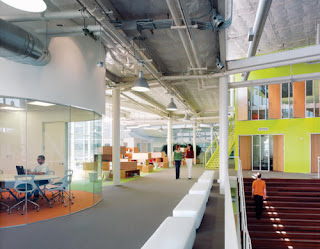 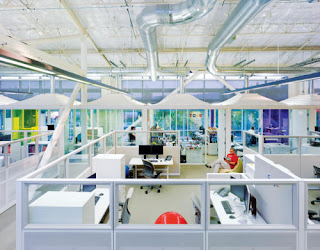