Went to Worcester yesterday... visited the cathedral, and the museum. So here are some of my photos: 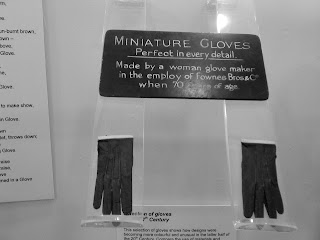 Really tiny gloves!
Worcester is well known for its history in glove making. It was so common in 'the olden days' that now their saying has developed- when talking about a 'Tom, Dick or Harry', when we might say here in the West Mids a 'Joe Blogs', they would say 'Joe Glover'. 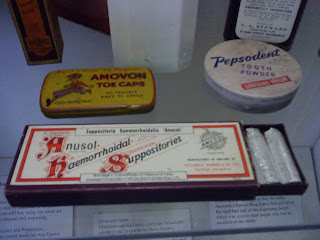 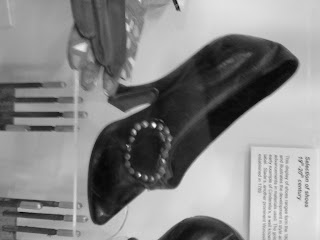 some 19th-20th century shoes- they were really small AND the heel must have been about 4 or 5 inches high! - I wouldn't like to try wearing those on a night out! 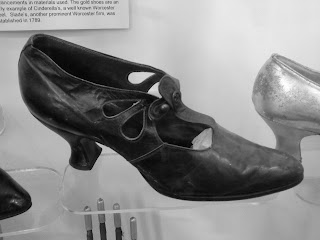 some more old leather shoes- bit more of a sensible heels on these ones! 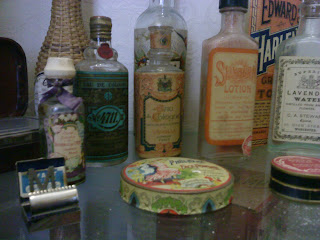 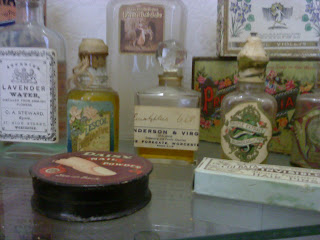 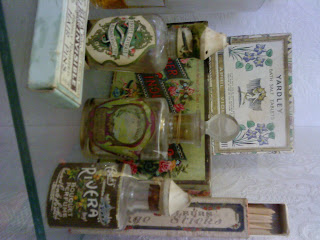 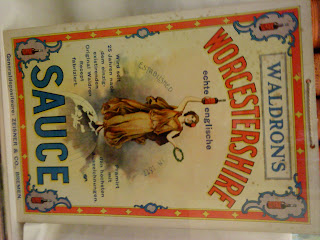 Worcester sauce was made here. They had problems with people calling their recipes by the same name- so anyone can call theirs Worcester Sauce, but only Lea and Perrins' can call theirs original. 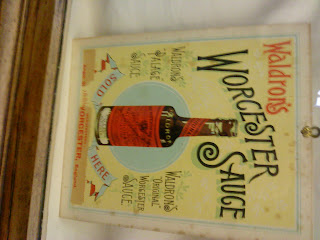 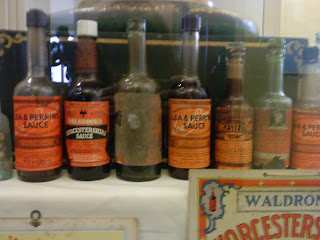 some old bottles and packaging of worcester sauce 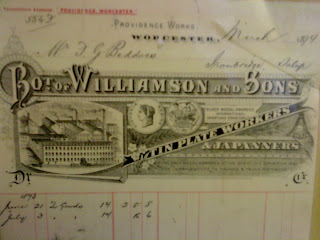 Not too sure what this was for, but a lot of work definitely went into making it! 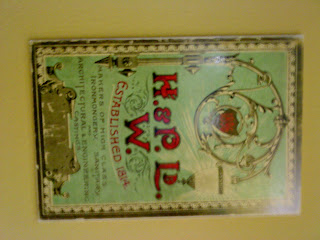 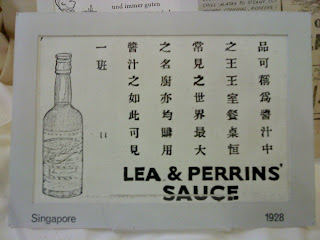 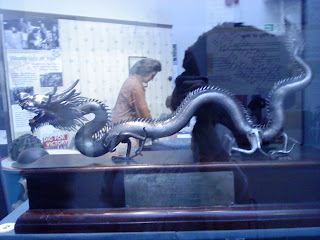 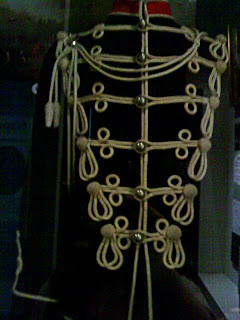 Look at the frogging on that!! 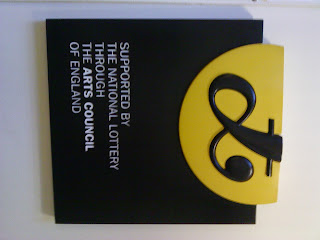 A nice bit of plastic signage 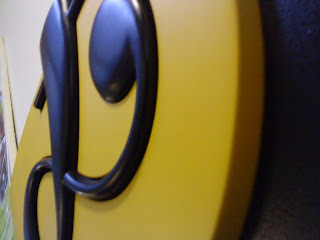 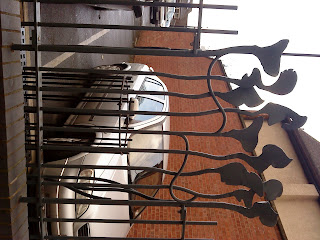 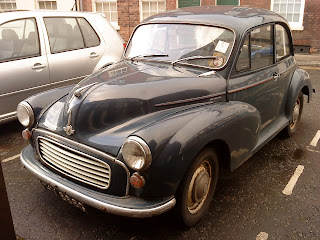 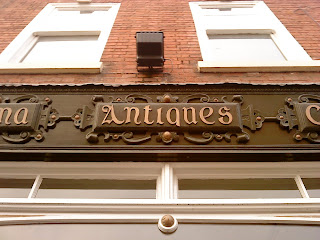 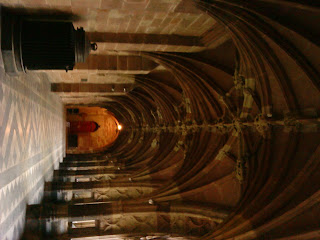 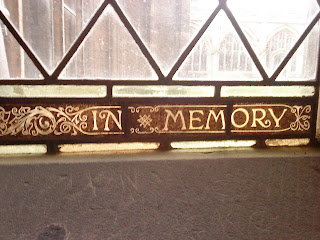 A lot of nice stained glass in there! 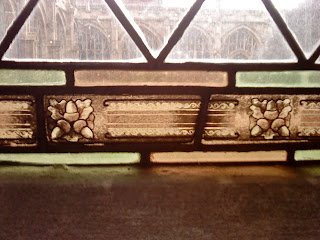 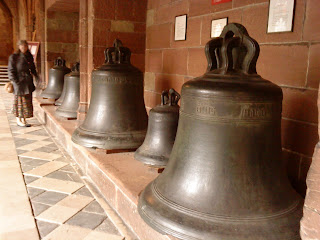 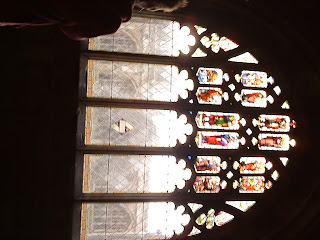 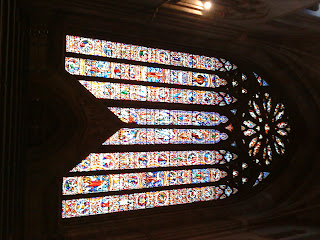 This window was the biggest i've ever seen! 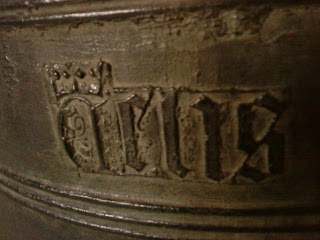 typography cast into one of the bells 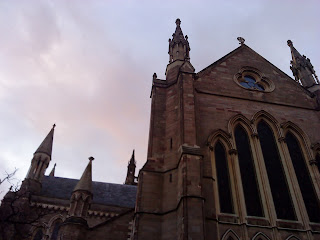 The outside- looks quite spooky...
Posted by Emma Quirk at 14:31