Information Design, I find, is very much like architecture and product design, in the sense that it serves a purpose, facilitated by its aesthetic, by the form it takes. For example, an important document such as a bank statement is laid out in a precise grid, to make it as easy as possible to read and understand what money is going in, or going out, from who, and when. These categories are separated by single lines, in columns and rows.  If a bank statement was three-dimensional, it could be visualised as a building much like a block of flats; the windows being where each piece of information is entered, and the levels are transactions, and the columns of windows are the categories; date, paid in, paid out, etc. Then inside the building, are the rooms, also in a structured grid fashion, in order to make them equal in size and so that they fit in all the furniture and facilities needed.

American architect, "father of skyscrapers" Louis Henri Sullivan, coined the phrase 'form follows function' in 1896.  It came from his article 'The Tall Office Building Artistically Considered" in which he said;

'It is the pervading law of all things organic and inorganic,
Of all things physical and metaphysical,
Of all things human and all things super-human,
Of all true manifestations of the head,
Of the heart, of the soul,
That the life is recognisable in its expression,
That form ever follows function. This is law." 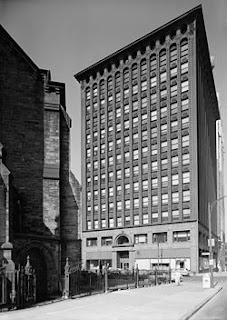 
The Bauhaus tries "to derive the design of an object from his natural functions and conditions."
- Walter Gropius, 1925 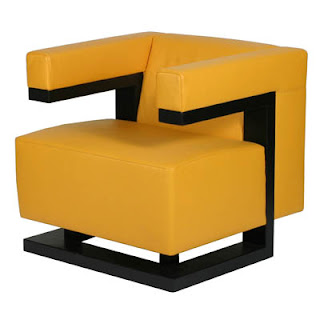 
'The F51 armchair is the first ever piece of Bauhaus furniture designed by Walter Gropius in 1920. The chair and sofa were designed for the director's office at Bauhaus school and quintessentially represent the philosophies of the early Modernist pioneers.' 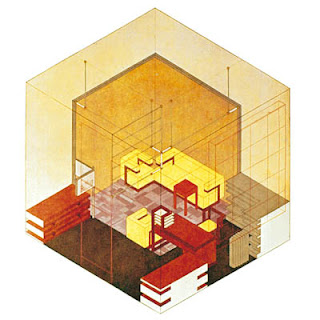 Bauhaus style of design, within architecture, furniture and print is highly functional; it serves the purpose which it was intended for, using its form to deliver, clearly and easily. This is the idea I believe to be extremely important in information design. It must be as clear and as easy to follow as possible, in order to put across the information quickly and directly.

"Form follow function- that has been misunderstood. Form and function should be one, joined in a spiritual union."
- Frank Lloyd Wright (American architect and writer 1867-1959) 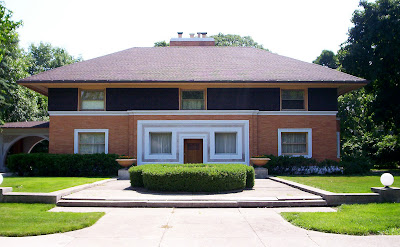 
By this, I believe Wright means that a design should serve its purpose, while at the same time should take a form which also serves its aesthetic purpose. For example, his design, above, is structured, appears functional, while also having a minimalist style. It did not need to have two windows either side of the door, but the symmetrical design adds to the style.


The house below, however, has a very different style. It is curved and far more complicated and yet is functional as it has enough windows and enough space for living. The two tasks of a beautiful aesthetic and a functional form have been combined in 'a spiritual union'. 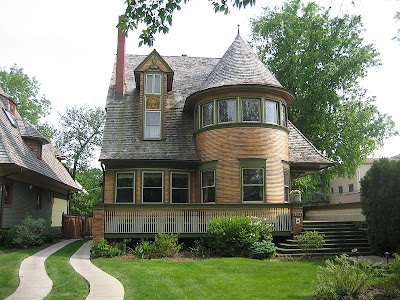 Theory based on Practice: Practice based on theory 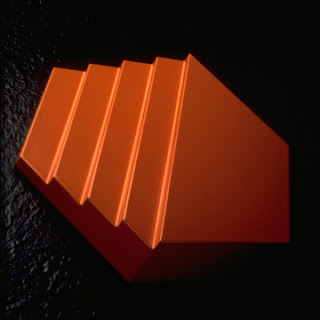 
This piece of design incorporates graphics and 3D products in a way which brings in structure. 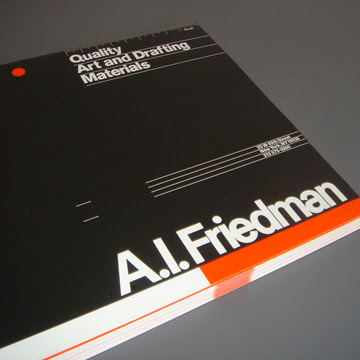 
I see this to be quite inspired by the term 'form follows function' in that it is highly structures within a grid format, minimal colour and has a clear typeface.  The information is easy to read with a clear visual hierarchy.
The bold orange strip, then the name, then the orange dot at the top, then the title of the book, and finally the details within the lines.
The lines, colour or dot are not needed but add to the interesting design and structure.


In the newest (March) Issue of Creative Review, the special featured designer is Gerd Arntz. His Isotype symbols are the perfect example of information design. Their form is their function; to communicate precisely an action or specific image, clearly and quickly which requires them to be instantly recognisable as a person or an object. 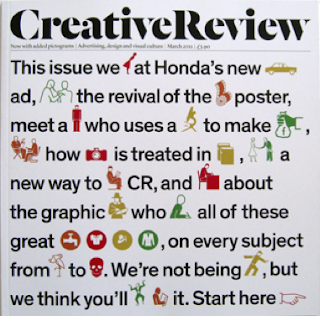 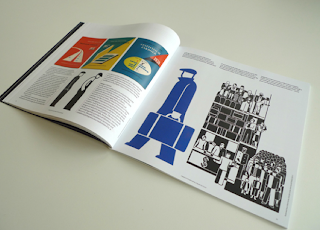 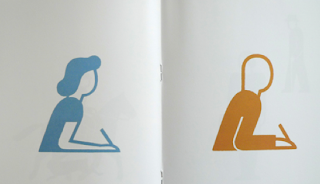 These symbols are clearly people drawing or writing. The linear work indicates the arms, face and pencil, while simple shapes show the person leaning forward, wearing a particular length of sleeve and with a specific hair style. These designs allow one colour to be used, and are clear enough to be used small or large.
Information design in signage has an important function to be universally recognisable and compressive.
E.g; Exit sign